A journey through the history of Seville without leaving the hotel

Hotel Palacio de Villapanés is a restored, 18th-century Sevillian mansion located a short walk from the Barrio de Santa Cruz neighbourhood. All the main city attractions are nearby, such as ‘La Giralda’ bell tower, the Cathedral and the Real Alcázar palace.

Once the home of Admiral López-Pintado, Marquis of Torre Blanca de Aljarafe, this is one of the most authentic places to stay in Seville, having been declared a City Site of Cultural Interest in 2009. A historic and hereditary gem, the hotel has 50 unique rooms, attesting to a perfect combination of tradition and modern day comforts.

Its spectacular triple-arched, wrought-iron entrance gate, its magnificent square-planned, central courtyard, surrounded by marble columned arches, constitute a stunning welcome for guests. The hotel has a wellness area, an elegant terrace with a pond from which to enjoy beautiful Sevillian sunsets and a highly acclaimed restaurant with a markedly Andalusian character as testified to by its modern-day Mediterranean cuisine based dishes. 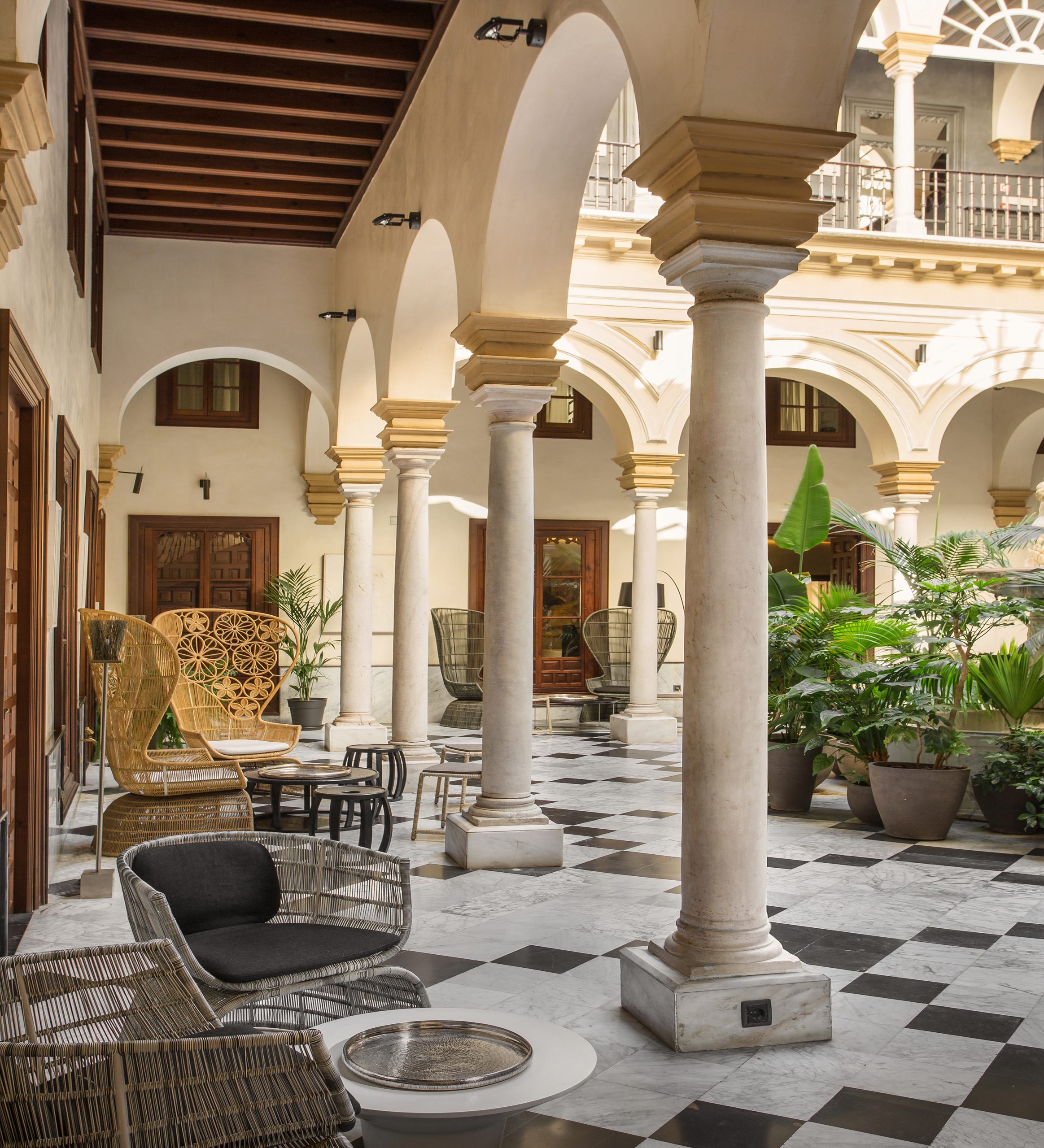 “In an increasingly more virtual world, every day we strive to recover personalised, face-to-face care and attention”

The early 16th century saw Seville become the most important city in the splendorous years of Spain’s Golden Age; a city that ever since has continued to attract attention, both from within and without Spain, owing to its immense artistic, historic and cultural heritage.

Seville is home to three UNESCO World Heritage Sites, all of which are to be found a few minutes away from Palacio de Villapanés: the Cathedral, the Reales Alcázares palatial complex and the General Archive of the Indies.
The Santa Cruz neighbourhood, the erstwhile Jewish Quarter of Seville, is a charming enclave of narrow streets and hidden backstreets that are sure to transport the visitor back in time as they struggle against the suffocating heat.